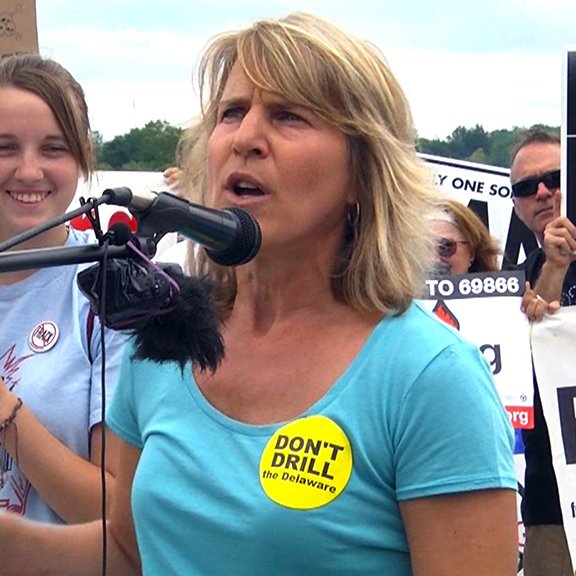 In her role as the Delaware Riverkeeper, Maya has dedicated her life to being the “voice of the Delaware River.” She has taken on industry, government, and even the U.S. Army, preventing harm to the River, communities, and environments she bravely champions. Now, Maya is working to empower individuals across the nation to stand up for their environmental rights by pioneering the Green Amendment Movement. Follow Maya’s blog to read news about her work and her analysis of current environmental events.

In 2013, Maya and her organization achieved a major victory in the landmark case, Robinson Township, Delaware Riverkeeper Network, et. al. v. Commonwealth of Pennsylvania. The case, decided by the Pennsylvania Supreme Court, revived the state’s long-ignored Constitutional Environmental Rights Amendment, empowering it to protect the people’s right to pure water, clean air, and a healthy environment. The Green Amendment movement is inspiring communities across the nation to secure their own constitutional right to a healthy environment by pursuing Green Amendments in every state constitution and ultimately at the federal level.

She is a licensed attorney in three states: Pennsylvania, New Jersey, and the District of Columbia. Since 2002, Maya has served as an adjunct professor and director of the Environmental Law Clinic, which she founded, at Temple Beasley School of Law.

In addition to her own book, The Green Amendment, Maya has authored forewords for Damming the Delaware: The Rise and Fall of Tocks Island Dam by Richard Albert, and A Paddler’s Guide to the Delaware River by Gary Letcher.

To her own surprise, Maya has inspired environmental advocates and musicians alike. In 2005, The Donuts wrote a song in her name, titled “Maya van Rossum’s Blues,” about an oil spill that spewed 165,000 gallons of heavy crude into the Delaware.

She has received a number of honors for her work, including:

Named as one of Philadelphia Business Journal's Power 100, 2019.

Giraffe Hero, “Because you’ve stuck your neck out to speak the truth no matter how unpopular that truth is,” June 2008